Bitcoin Price Recovery; Vital Levels To Keep An Eye On 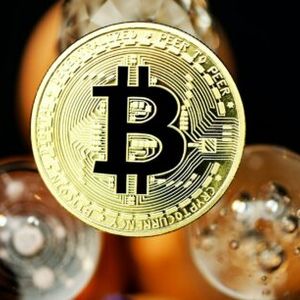 Bitcoin price bounced off the $15,400 price level and staged a recovery over the past day. In the last 24 hours, BTC has been moving sideways after claiming the $16,000 price mark. Since the coin is trading sideways at the moment after the recovery, Bitcoin awaits a breakout. The coin will have to move above the $16,600 mark in order for the bears to be invalidated. Now that Bitcoin is closer to the aforementioned price resistance mark, there could be a chance for BTC to move to the $17,000 price zone. Buyers need to step up in order for the coin to move above the $16,600 price mark. The coin’s technical outlook confirms that it is trending upward on its chart. The buying strength has, however, remained low despite an uptick on the one-day chart. Related Reading: Dogecoin Rallies As Price Breaks Major Resistance; Here Is Why $0.15 Is Possible Bitcoin Price Analysis: One-Day Chart BTC was trading at $16,500 at the time of writing. After Bitcoin broke past the $15,400 price level, the coin registered positive buying action. This has contributed to the coin’s price rising above the $16,000 mark. The crucial price zone remains at $16,500, and a move above it will be a point of bullish momentum for Bitcoin. BTC’s overhead resistance was at $17,000, and a move above that could halt bulls at $17,600. BTC will reach a psychological level of $18,000 if it rises above $17,600. The amount of BTC traded in the previous session was green, indicating accumulation. Technical Analysis The coin had recently visited the oversold zone in the middle of this month, and the move above the $15,400 mark had caused buyers to regain confidence in the asset. At the time of writing, BTC registered demand on the one-day chart. The Relative Strength Index was moving above the 40-mark as demand for the coin returned to the market. If demand remains consistent, a move above $17,000 would happen over the next trading session. Bitcoin can jump above the 20-Simple Moving Average if the coin crosses the $16,700 price mark. At the moment, BTC was below the 20-SMA. This indicated that sellers were still driving the price momentum in the market. In correspondence to the buying strength, BTC also depicted the start of the buy signal for the coin. The Moving Average Convergence Divergence indicates price momentum and trend change. MACD displayed green signal bars, which are tied to the buy signal for BTC. In anticipation of rangebound movement, the Bollinger Bands, which indicate price fluctuation, narrowed. A rise in demand will help bulls gain strength and break past the current trading range. Related Reading: Chainlink Extends Accumulation By 200 Days; Will Bulls Push For A Breakout? Featured Image From UnSplash, Charts From TradingView

Get Crypto Newsletter
Market Cap
24h Vol
41.51%
Bitcoin Share
34
Today News
Read the Disclaimer : All content provided herein our website, hyperlinked sites, associated applications, forums, blogs, social media accounts and other platforms (“Site”) is for your general information only, procured from third party sources. We make no warranties of any kind in relation to our content, including but not limited to accuracy and updatedness. No part of the content that we provide constitutes financial advice, legal advice or any other form of advice meant for your specific reliance for any purpose. Any use or reliance on our content is solely at your own risk and discretion. You should conduct your own research, review, analyse and verify our content before relying on them. Trading is a highly risky activity that can lead to major losses, please therefore consult your financial advisor before making any decision. No content on our Site is meant to be a solicitation or offer.