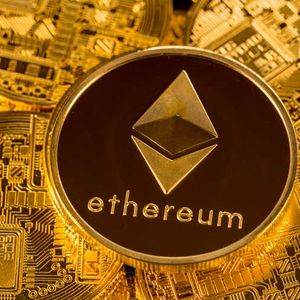 Ethereum ( ETH-USD ) retreated 4.6% in Monday morning trading following a large ETH transfer to centralized cryptocurrency exchange Binance that likely triggered increased price volatility. The world's largest altcoin by market cap ( ETH-USD ) changed hands at $1.16K as of shortly before 11 a.m. ET, trading near last week's lows of $1.08K amid the aftermath of crypto exchange FTX's implosion. Most of the major tokens, meanwhile, stood in negative territory in the wake of broader risk-off sentiment, including bitcoin ( BTC-USD ) -2.4% , binance coin ( BNB-USD ) -6.3% , ripple ( XRP-USD ) -6.1% and cardano ( ADA-USD ) -4.4% . Apparently a whale address transferred 73,224 ether ( ETH-USD ) (US$85.67M) to Binance earlier in the session, on-chain researcher Lookonchain wrote in a Twitter post . That address initially withdrew 84,131 ETH from the decentralized exchange Curve's staked ETH (stETH) liquidity pool on November 24, resulting in stETH/ETH de-pegging to $0.9682 at the time. Generally speaking, a rise in exchange inflows bodes poorly for crypto prices since market participants usually move coins to centralized exchanges with the intention of selling them. "Watch out for the selling pressure of ETH," Lookonchain warned. The selling pressure also comes as ether ( ETH-USD ) saw minor outflows totaling $6.1M for the week ending November 25, according to a report by CoinShares. On a brighter note, large inflows into short ETH products seen in the prior week were completely reversed with an outflow of $15.2M, but it's "still too early to say this is a positive change in sentiment," it said. Prior to the collapse of FTX, a survey found that most institutional investors planned to boost their crypto allocation over the next three years .