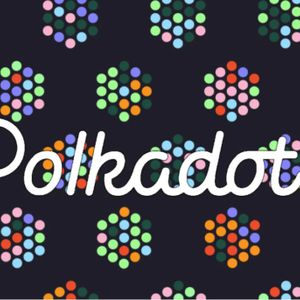 Polkadot (DOT), the 11th largest cryptocurrency with an overall valuation of nearly $6 billion, continues to keep its losses in this prevailing crypto winter to minimal levels. On November 8, despite the negative effects of the collapse of the FTX exchange platform, the digital asset managed to briefly surpass the psychological $7 marker, peaking at $7.38. DOT wasn’t able to sustain this gain and quickly abandoned the territory, hovering around the $6 region before eventually falling to the $5 range which it continues to maintain despite the ongoing bear market. According to latest tracking from Coingecko, Polkadot is trading at $5.13 at the time of this writing, being down by only 1.3% over the last seven days. Despite painting its chart in red, the digital asset has so far parried all the heavy blows of this bear cycle responsible for making the crypto market cap go down by almost 2% during the last 24 hours. Related Reading: Ethereum Tries To Keep Luster As ETH Moves To Narrower Trading Range Polkadot Focuses Energy On Areas It Can Win As its trading price and total market capitalization continues to be at the mercy of the winter season for crypto space, Polkadot has turned its focus on aspects where it can emerge victorious and enjoy positive developments. For example, the nomination pools for the project successfully achieved a milestone when the current number of DOT bonded by members of its pool surpassed the 500,000 marker. Last week, at the time when industry leaders Bitcoin and Ethereum failed to make any kind of move to turn the tides on their favor, social mentions and engagements for Polkadot both increased. According to social analytics platform LunarCrush, during that time, the project tallied a 68.9% jump on its social mention numbers and an equally impressive 71.4% increase on its social engagements. It proved that despite all the FUD that have been ravaging the space for quite some time now, interest for Polkadot network and its DOT crypto asset remained high. What Awaits DOT Towards End Of 2022? Owing to the fluctuating price of DOT at the start of the current year, crypto experts have forecasted that the asset will exit the month of November with an average price of $5.70. However, as it is currently changing hands at $5.13, the altcoin might need to perform a bit of a surge during the next few hours to end November with a value that is close to the forecast. Meanwhile, the predictions for the month of December for Polkadot is almost the same as its average price next month is expected to be at $5.86, with the digital coin going as high as $6.08 in terms of trading price. Related Reading: BCH Price: Investors May Not Want To Go Long Yet On BCH – Here’s Why DOT total market cap at $5.9 billion on the daily chart | Featured image from Cryptopolitan, Chart: TradingView.com

Get Crypto Newsletter
Market Cap
24h Vol
41.66%
Bitcoin Share
21
Today News
Read the Disclaimer : All content provided herein our website, hyperlinked sites, associated applications, forums, blogs, social media accounts and other platforms (“Site”) is for your general information only, procured from third party sources. We make no warranties of any kind in relation to our content, including but not limited to accuracy and updatedness. No part of the content that we provide constitutes financial advice, legal advice or any other form of advice meant for your specific reliance for any purpose. Any use or reliance on our content is solely at your own risk and discretion. You should conduct your own research, review, analyse and verify our content before relying on them. Trading is a highly risky activity that can lead to major losses, please therefore consult your financial advisor before making any decision. No content on our Site is meant to be a solicitation or offer.