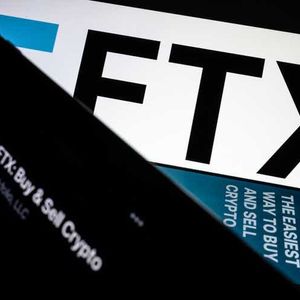 Brett Harrison, the former president of the now-bankrupt cryptocurrency exchange FTX's U.S. arm, is in talks with investors to raise capital for a new crypto startup, The Information reported Friday, citing two people familiar with the matter. The ex-FTX US head told at least one venture capital firm that he is attempting to raise $6M at a $60M valuation, though those details are tentative, according to the report. The startup was said to be focused on crypto trading software for big-money investors. Harrison served as FTX US president until end-September, he announced via Twitter, about two months before FTX and its over 130 affiliates, including FTX US, filed for bankruptcy protection. Harrison did not immediately respond to Seeking Alpha's request for comment. At the onset of FTX's implosion, FTX US reportedly halted withdrawals with millions of dollars in hot wallets .

Get Crypto Newsletter
Market Cap
24h Vol
42.36%
Bitcoin Share
82
Today News
Read the Disclaimer : All content provided herein our website, hyperlinked sites, associated applications, forums, blogs, social media accounts and other platforms (“Site”) is for your general information only, procured from third party sources. We make no warranties of any kind in relation to our content, including but not limited to accuracy and updatedness. No part of the content that we provide constitutes financial advice, legal advice or any other form of advice meant for your specific reliance for any purpose. Any use or reliance on our content is solely at your own risk and discretion. You should conduct your own research, review, analyse and verify our content before relying on them. Trading is a highly risky activity that can lead to major losses, please therefore consult your financial advisor before making any decision. No content on our Site is meant to be a solicitation or offer.