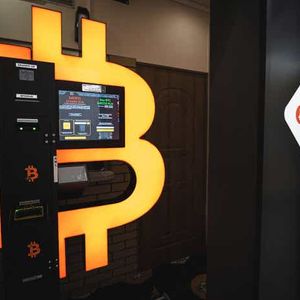 Bitcoin ( BTC-USD ) on Friday was on track to end the week more than 3% higher , largely helped by a rally on Wednesday following Federal Reserve chair Jerome Powell's comments about rate hikes potentially slowing in December. The top crypto was set to snap a three week losing streak. It scaled the $17K mark in its session high on Wednesday for the first time since mid-Nov, and repeated that feat on Thursday and today. Cryptocurrencies started off the week with a wobble following lender BlockFi's bankruptcy filing on Monday, as the fallout from the abrupt collapse of crypto exchange FTX continued. The news sent bitcoin ( BTC-USD ) to its lowest close since November 22. Powell's comments on Wednesday inspired a stock market rally which swept up major digital tokens . Bitcoin ( BTC-USD ) surged more than 4%, while ethereum ( ETH-USD ) gained more than 6%. Dogecoin ( DOGE-USD ) scaled nearly 5%. Wednesday's crypto advance was also helped by the approval of a bill to legalize crypto payments in Brazil, Latin America's largest economy. Seeking Alpha contributor Vincent Ventures argued that the FTX collapse could actually benefit bitcoin ( BTC-USD ). "Hot air rushing out of the cryptocurrency ecosystem should refocus developer activity on Bitcoin. Centralized exchanges, such as FTX, were an impediment to progress," Vincent Ventures said . The global cryptocurrency market cap stood at $858.56B, up 0.73% over Thursday, according to CoinMarketCap . Amongst other developments during the week, Binance appeared to have looked past the recent market turmoil as it acquired a Japanese-registered crypto trading platform. Galaxy Digital Holdings ( OTCPK:BRPHF ) said it had won an auction to buy Celsius Network's self-custody platform. As of 1726 ET, bitcoin ( BTC-USD ) was up 0.50% to $17.04K, while ether ( ETH-USD ) was +1.01% to $1.29K. Crypto-related stocks that ended in the green on Friday include Marathon Digital ( MARA ) and Riot Blockchain ( RIOT ), with the former rising more than 11% and the latter advancing about 8%. Crypto exchanges also rose, led by a ~5% gain in Coinbase ( COIN ).

Get Crypto Newsletter
Market Cap
24h Vol
42.37%
Bitcoin Share
77
Today News
Read the Disclaimer : All content provided herein our website, hyperlinked sites, associated applications, forums, blogs, social media accounts and other platforms (“Site”) is for your general information only, procured from third party sources. We make no warranties of any kind in relation to our content, including but not limited to accuracy and updatedness. No part of the content that we provide constitutes financial advice, legal advice or any other form of advice meant for your specific reliance for any purpose. Any use or reliance on our content is solely at your own risk and discretion. You should conduct your own research, review, analyse and verify our content before relying on them. Trading is a highly risky activity that can lead to major losses, please therefore consult your financial advisor before making any decision. No content on our Site is meant to be a solicitation or offer.