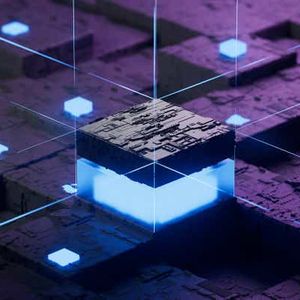 Despite the recent implosion of centralized cryptocurrency exchange (CEX) FTX, JPMorgan strategists led by Nikolaos Panigirtzoglou believe such exchanges will continue to dominate the wider crypto ecosystem as decentralized trading platforms face a number of hurdles. First off, decentralized finance (DeFi) protocols rely heavily on CEXs to function properly and “it would likely take a long time until the center of the price discovery process in crypto market shifts from centralized exchanges to DeFi,” the team wrote in a recent note to clients. They added that DEXs are not adequate for big-money investors given their slower transaction speeds or “their trading strategies and order size to be traceable on the blockchain.” For (on-chain) DEXs, since everything can be traced on the blockchain, it's next to impossible to commingle funds without raising attention. That's exactly what FTX (off-chain CEX) reportedly did when it loaned out half of its customer funds to its sister company Alameda Research in an effort to fund risky bets. While overall trading activity on DEXs appeared to have increased in recent weeks, that early-stage shift is more likely a function of the deleveraging that followed FTX’s collapse, the team explained. Bernstein highlighted this trend in a note last week, saying the demise of FTX is putting crypto self-custody , which allows users to store their own tokens instead of relying on off-chain exchanges, “back in vogue.” Moreover, DEX trading volumes for last month hit the highest level seen since May, rising to $103.84B in November versus $57.6B in October, data from DeFiLlama showed, signaling decreased confidence in CEXs. Galaxy Digital ( OTCPK:BRPHF ) founder and CEO Mike Novogratz said the FTX mess is a “body blow” to trust in the crypto industry and trust in the system. But JPMorgan is still taking the contrarian view, noting DEX’s absence of limit order/stop loss functionality, smart contract risk (hacks and protocol attacks), their need for over-collateralization, and the pooling of assets into liquidity pools. “Risk/return tradeoff [is] more difficult to assess in DeFi given the use of different tokens in terms of assets borrowed or lent/collateral posted/received interest payments and given the general absence of limit order/stop loss functionality,” the note read. Bitcoin ( BTC-USD ), the world's largest digital token by market cap, dipped as much as 7.3% in the days following FTX filing for bankruptcy on November 11, though almost all of those losses were erased at the time of writing. All in all, however, the token is was still down over 70% from its November 2021 peak. See why Seeking Alpha contributor Vincent Ventures thinks the "FTX pain is bitcoin's gain." Fellow SA contributor Craig Pirrong assessed the DeFi-CeFi debate, saying the FTX downfall does not mean that centralization of crypto trading is fundamentally flawed, but instead it showcased the “worst way” to pursue centralization .

Get Crypto Newsletter
Market Cap
24h Vol
41.23%
Bitcoin Share
66
Today News
Read the Disclaimer : All content provided herein our website, hyperlinked sites, associated applications, forums, blogs, social media accounts and other platforms (“Site”) is for your general information only, procured from third party sources. We make no warranties of any kind in relation to our content, including but not limited to accuracy and updatedness. No part of the content that we provide constitutes financial advice, legal advice or any other form of advice meant for your specific reliance for any purpose. Any use or reliance on our content is solely at your own risk and discretion. You should conduct your own research, review, analyse and verify our content before relying on them. Trading is a highly risky activity that can lead to major losses, please therefore consult your financial advisor before making any decision. No content on our Site is meant to be a solicitation or offer.