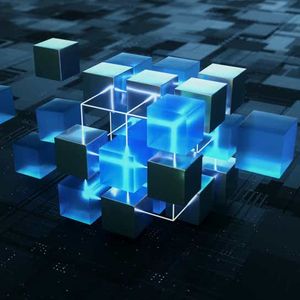 While the demise of cryptocurrency exchange FTX ( FTT-USD ) continues to send shockwaves through the digital asset ecosystem, Bank of America analyst Alkesh Shah believes there are still silver linings to watch out for. There's no doubt that the fallout from FTX has resulted in increased regulatory scrutiny, which "may enable greater institutional engagement," Shah wrote in a recent note to clients. Also, "a shift in focus (and capital) from speculative trading to projects with real-world functionality and companies with roadmaps to profitability may accelerate industry maturity," he added. Regulatory frameworks for the digital asset industry, which is still not overseen by one singular regulatory regime, "are critical for mainstream adoption," the note read. Many institutional investors have cited a lack of regulatory oversight and even a shortage in coordination among government agencies as big reasons for not entering the emerging space. In essence, FTX's downfall "has likely refocused attention globally on the need for regulation that 1) creates a transparent legal framework for digital assets; 2) fosters technological innovation; 3) provides consumer and investor protections; and 4) mitigates financial stability risks," Shah explained. The value of cryptos were already beaten down well before FTX's collapse, but that event has prompted some to call for further downward pressure. Earlier, Standard Chartered said bitcoin ( BTC-USD ) could sink another 70% to $5K next year. Year-to-date, the top 100 digital tokens are off 64%, Shah noted, "but the cost of ignoring digital assets is high with the top 100 tokens up 2,175% since 2016 YE." Bear in mind that bitcoin ( BTC-USD ), the oldest token, is just 14 years old, though hundreds of blockchain-based applications have emerged since then in an effort to disrupt traditional use cases, such as lending, trading and payments. So, "speculative token trading is widespread, but our view is that it’s the underlying blockchain technology driving this speculation that could be revolutionary," the analyst contended. Seeking Alpha contributor Vincent Ventures remains bullish on bitcoin even after the crypto ecosystem suffered another major blow, saying the "FTX pain is bitcoin's gain."