Continued Upswing Of VIX Signals Doom For Bitcoin; But Friday Will Be Crucial 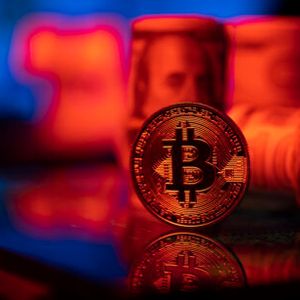 As NewsBTC reported, the VIX experienced a trend reversal last Friday which could be significant for Bitcoin as well. The VIX volatility index shows traders the expected range of fluctuation of the S&P 500. Remarkably, there is an inverse correlation between the VIX index and the S&P 500. A rising VIX index usually means falling prices for the S&P 500, and vice versa. Rising VIX Threatens Bitcoin Bulls The VIX dropped below the level of 19 on Friday, a mark that has been highly significant over the last year. In August, the last time the VIX was this low, it subsequently rose above 34, dragging the S&P 500 down 15%. Bitcoin also experienced a significant downtrend, driven by its correlation with the S&P 500. On Monday, BTC bounced off horizontal resistance at $17,400 and fell below $17,000 as VIX initiated its trend reversal with a stellar market open. Yesterday, however, Bitcoin bulls initially appeared to have the upper hand. While the S&P saw another 1.4% plunge, the BTC price remained relatively stable at $17,000. Related Reading: Price Slump For Bitcoin Looming As VIX Rises Back Above 20 However, in the last few hours, BTC registered a retracement of around 2% and $350. At one point, BTC fell to $16,691 after the VIX continued its uptrend and rose to a level of 22.46. At press time, the Bitcoin price stood at $16,828. Investors should pay attention to the VIX. If the VIX sees another rise today, the BTC bulls could lose steam. Then, the support zones at $16,600 and $16,300 are going to be key. Will Friday Provide A Foreshadowing For Bitcoin? So, given Bitcoin’s high correlation with the S&P 500, another drawdown could be imminent. However, the VIX should not be used as the only indicator. The VIX relies on expectations based on past events. In addition, the VIX cannot account for sudden, unexpected events that may cause strong market reactions. Historically, it has always been the case that the VIX could not predict a bottom. Key events are determinants of when a bottom is reached. However, since the VIX is calculated based on expectations, it cannot be a key to detecting a change in trend due to sudden events in the market. And the all overshadowing event will be the next FOMC meeting of the US central bank on December 14, when the FED will decide on its further interest rate policy. Remarkably, the meeting will include a “summary of economic projections”. But even before that, there are two extremely important data that make predictions about how the FED will act. Related Reading: This Analyst Thinks Bitcoin Will Hit $5,000 in 2023, Any Possibility? While the new inflation data in the form of the consumer price index (CPI) will be published on December 13, the producer price index (PPI) will already be published on Friday, December 9. This will already provide an insight into how the CPI data might turn out. This is because the PPI serves as a leading indicator for the consumer price index. When manufacturers face input inflation, increases in their production costs are passed on to retailers and consumers. Thus, the PPI could be trend-setting. If the PPI and CPI continue to fall, at best more than expected, the chances of a Santa rally for Bitcoin are pretty high.