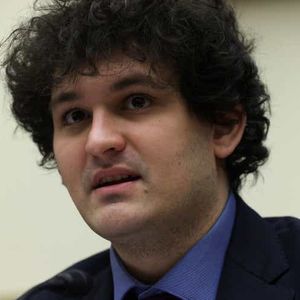 Just a day after Binance founder Changpeng "CZ" Zhao announced he would bail out Sam Bankman-Fried's "SBF" FTX.com, CZ has backed out of the agreement due to fund mishandling and regulatory issues. It's no surprise, given the fact that the agreement was non-binding , while Binance said the deal was pending due diligence and didn't announce any takeover terms. The two have also been long-time rivals, leading some to speculate that CZ may have just been taking a jab at SBF on his way to the top of the cryptoverse, or checking out the internal state of the rival exchange as concerns bubble about the health of the overall sector. What's next? Sam Bankman-Fried has told investors that FTX would need to file for bankruptcy without a cash injection. The crypto exchange faces a shortfall of up to $8B and needs $4B to remain solvent, and is attempting to raise rescue financing in the form of debt, equity, or a combination of the two (what about crypto?). The De-Fi label is also not stopping the Feds from getting involved, with U.S. Justice Department reportedly looking into the liquidity crisis that sparked FTX's collapse and the SEC analyzing a space Chairman Gary Gensler has previously described as the Wild West. Some say that the cratering crypto environment is spilling over to tech and broader markets, with a correlation between the industries described as shady, real and triggering much of the speculative investment that has occurred over the past few years. A "cascade of margin calls" is likely underway in the rest of the crypto ecosystem, according to J.P. Morgan's Nikolaos Panigirtzoglou, while "the number of entities with stronger balance sheets able to rescue those with low capital and high leverage is shrinking." That could ultimately push the price of Bitcoin ( BTC-USD ) down to the $13,000 level. New rescue strategy? "Further to my announcement to stand behind all Tron token ( TRX-USD ), ( BTT-USD ), #JST, #SUN, ( HT-USD ) holders on #FTX, we are putting together a solution together with #FTX to initiate a pathway forward," tweeted Justin Sun, the founder of the Tron cryptocurrency network. "The ongoing liquidity crunch, despite short term in nature, is harmful to the industry development and investors alike. My team has been working around the clock to avert further deterioration. I have faith that the situation is manageable following the wholistic approach together with our partners. Stay tuned."

Get Crypto Newsletter
Market Cap
24h Vol
41.27%
Bitcoin Share
20
Today News
Read the Disclaimer : All content provided herein our website, hyperlinked sites, associated applications, forums, blogs, social media accounts and other platforms (“Site”) is for your general information only, procured from third party sources. We make no warranties of any kind in relation to our content, including but not limited to accuracy and updatedness. No part of the content that we provide constitutes financial advice, legal advice or any other form of advice meant for your specific reliance for any purpose. Any use or reliance on our content is solely at your own risk and discretion. You should conduct your own research, review, analyse and verify our content before relying on them. Trading is a highly risky activity that can lead to major losses, please therefore consult your financial advisor before making any decision. No content on our Site is meant to be a solicitation or offer.