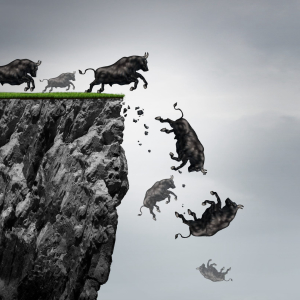 An important fundamental health signal of the Bitcoin network just crossed into “capitulation” territory, which in the past was associated with downside risk. However, the tool’s creator says that it wasn’t designed to give sell signals, and shouldn’t be interpreted that way. But because of how profitable its been used as a buy signal over […]